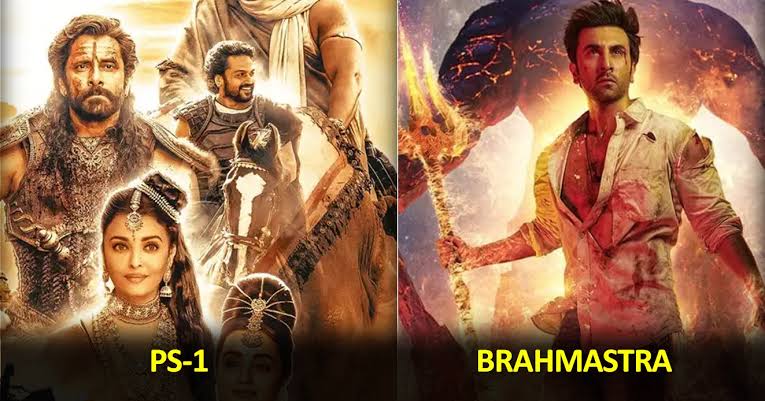 OTT has nowadays become a boiling platform of entertainment for the new generation. For popularity, many filmmakers and directors are opting for releasing their films directly on an OTT platform rather than in the theatres. The month of November has already arrived and winter is already knocking on the door. Everyone craves a hot cup of coffee and a cozy bed or couch on chilly winter nights.

And OTT platforms never let our expectations down, they are here as always with a humongous list of releases which is a cherry on the cake with a hot coffee and a comfortable couch or bed. Below here are the lists of some new releases in the month of November that will keep you entertained and hooked up to the OTT platforms.

It was one of the most awaited movies due to the appearance of the most loved couple in the Bollywood world Ranbir and Alia, it was already released in the month of September 2022 in the theatres. But to the people who missed the film in the theatre, your wait just got ended as it will be online in the Disney Plus Hotstarfrom the month of November 2022.

OTT audiences never miss the appearance of some other big names like Amitabh Bachchan and Nagarjuna. There was a small glimpse of Shah Rukh Khan and Deepika Padukone in cameo roles.

The series is directed by Harry Bradbeer and has released on 4th November on Netflix. Stranger Things’ famed Milli Bobby Brom made a comeback in part 2 of the Enola Holmes,

it is a comedy detective series. After the first part here, it shows an evolution of an independent detective who is fiercer and inquisitive about every detail.

The epic historical drama is based on Kalki Krishnamoorthy’s book of the same name, which is set in Thanjavur in the tenth century. This masterpiece about Chola Dynasty by Mani Ratnam has released on 4thNovember 2022 on Amazon Prime Video.

The combination of the direction of Mani Ratnam and the acting of the Telegu film star Nagarjuna is always a great hit. The Ghost a Telegu action film had already hit the big screen during the Dusshera with a bang on 5thOctober 2022.

So here is yet another chance for the fans of the Telegu action movie to grab the opportunity of entertainment as it has already been released on 2nd November on Netflix.

After the success of three seasons, Jeff Rake is back with the fourth season. It has already been released on 4thNovember 2022. There are recently 10 episodes in Season 4 Part 1 on Netflix, which will conclude the epic story of Flight 828 and the passengers who experienced divine consciousness. To see the final ending, you have to watch the series.

It belongs to the comedy-drama genre. The movie is directed by Vasan Bala. It will be streaming on 11thNovember 2022 on Netflix. Rajkummar Rao, Huma Qureshi, Radhika Apte, Sikandar Kher, Bagavathi Perumal, Akansha Ranjan Kapoor, Sukant Goel, and Zayn Marie Khan are the star cast of the movie.

In Monica, O My Darling, a young man urgently played by Rajkumar Rao attempts to make it big with some odd pals and a cunning, evil scheme to commit the ideal crime. The combination of Black comedy and white-collar crime is shown in the film.

The show is based on the setting of the fictional elite boarding school of Hillerska. The story revolves around the budding gay love of Prince Wilhelm of Sweden and his classmate. The show was already released on 1stNovember 2022 on Netflix.

The Story of a Spy- It is going to release on the 11th of November in Zee5. It showcases the story of an Indian highly skilled spy, who enters Pakistan after the war of Sino-Indian. The spy goes on a mission to accumulate some potential intelligence and saves India from the attack of Pakistan.

A strange group of adventurers set out on a risky journey far from home, where they will have to face their own demons and work together to save the world. This is going to release on 30th November on Disney Plus Hotstar.

It prominently features Arbaaz Khan, Rajat Kapoor, and Shashank Arora. The show is a Hindi translation of the popular Israeli thriller ‘Faud’. It is going to be released on the SonyLiv app on the 11th of November.

This show is going to be released on 23rd November on Amazon Prime Video. The film is based on the incredible true story of Opportunity, a NASA exploration rover that was supposed to spend only 90 days on Mars but ended up staying for 15 years.

Watch the show to find out the proper reason why the adventured ended in 15 days instead of 90 days.

The teen drama thriller written and directed by Carlos Montero and Dario Madrona revolves around the shenanigans of a group of adolescents who attend the luxury private school, Las Encinas in Spain. You can catch the luxurious drama on 18th November on Netflix.

13. The people we hate at the wedding-

As the name of the name suggests the show involves awedding. The brothers’ familial disputes deepen the week before their half-wedding sisters in the countryside.

The plot is based on the brothers’ familial disputes deepening the week before their half-wedding sisters in the countryside. The show is going to be streaming on the 18th of November on Amazon Prime Video. Don’t miss the family drama.