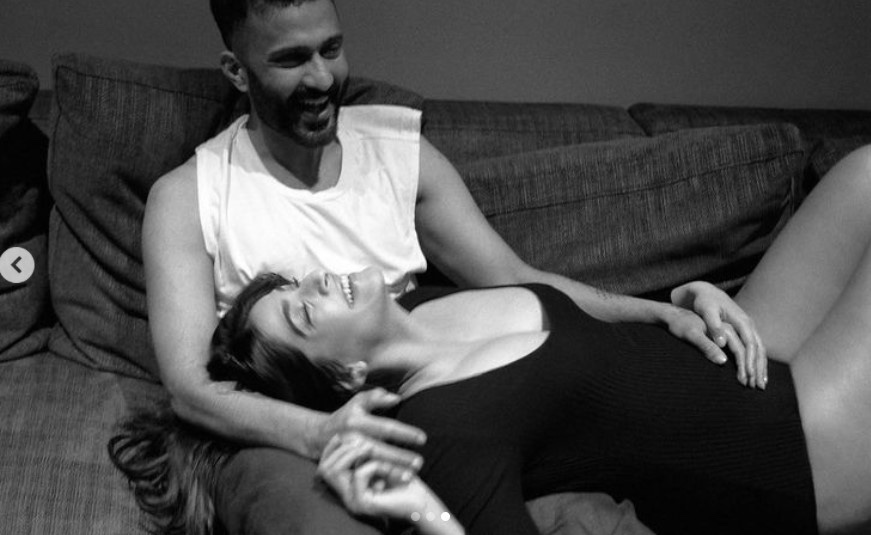 Sonam Kapoor and Anand Ahuja are expecting their first child and the couple announced the news to their fans by sharing a stylish and adorable photo. The couple took to social media to break the news and shared a stunning maternity photoshoot. Soon after the announcement, congratulatory messages from colleagues, friends, and fans started flooding her social media handle. Sonam opted for a full black bodysuit and was seen resting her head on her hubby’s lap. The “Khoobsurat” actress nailed maternity fashion with complete elan. In the post, Anand Ahuja is seen cradling her ladylove baby bump and smiling ear to ear. See the post below:

Mouni Roy chooses this beautiful country for her vacation

Mouni Roy loves travelling and her social media pictures reflect how she enjoys her vacations. Mouni Roy’s vacation pictures have always left her fans enthralled. The “Brahmastra” actress has chosen Sri Lanka to spend her holiday. Mouni flew to Colombo and pictures from her holiday have left us in awe. Friend and designer Anuradha Khurana is giving her company in exotic location. Mouni and Anuradha can be seen smiling for the camera as they spent quality time in the lounging area. The actress posted several pictures of her outing for her scores of fans and sent the internet into complete meltdown. Check Mouni’s post here:

The trailer of Ajay Devgan’s upcoming suspense thriller Runway 34 released today. The actor took to his social media account and wrote, “Every Second counts.” In the trailer, Ajay Devgan is seen in the role of Captain Vikrant Khanna. Meanwhile, Amitabh Bachchan and Rakul Preet are also seen in pivotal roles in the trailer. According to reports, Runway 34 is based on a real incident. The film depicts the story of Captain Vikrat Khanna and how his flight takes a strange course soon after taking off from a global destination. The film is scheduled to release on April 29. Watch here:

Sunny Leone is always in the headlines. Currently, the diva is enjoying her vacation in Maldives and posting stunning images on her social media account. Her fondness for the destination can be gauged by the fact that whenever she needs a quick vacation she heads to Maldives without any second thought. In the latest picture, the ravishing actress is seen resting next to a pool dressed in a bikini. The lush greenery and beautiful blue sky will certainly make you envious of her. Check her post: